Joe is fearless. Joe is intense. Joe loves the battle and is not afraid of any defendant. He has sued and tried cases against individual defendants as well as international corporations. Joe loves being a plaintiff personal injury trial lawyer and it shows.

Joe Zarzaur is a Board-Certified Civil Trial lawyer. Only about 1% of lawyers in Florida earn this designation. Joe’s clients have received record jury verdicts in both Escambia ($9.3 Million) and Santa Rosa ($2.5 Million) counties in injury cases that did not involve death.

Joe Zarzaur Is Proud To Be A Personal Injury Lawyer In Pensacola, Florida.

His career is dedicated to representing families that have been the victim of another’s wrongdoing.

100% of his practice is dedicated to 1 type of case – Personal Injury and Wrongful Death cases. Joe is not afraid of a Big Defendant. Joe Zarzaur has sued international companies including Johnson & Johnson and the World Anti-Doping administration. He has tried cases to juries in many states across the country including California, North Carolina, Louisiana, Alabama, and Mississippi.

Joe chose Cumberland School of Law, at Samford University for one main reason, its student mock trial program was one of the best in the country. In fact, the entire law school curriculum at Cumberland is designed so that students get into the class courtroom as quickly as possible. Joe took full advantage of this Cumberland offering and, by his first year, was competing in student mock trials. Ultimately, he would earn a spot on Cumberland’s National Trial Team and competed against law schools from around the country.

Immediately following law school, Joe was chosen to serve as a judicial law clerk to a trial judge. For a year, Joe was able to work and observe how a trial judge works in our system and more importantly, he was able to work with the jurors who served on trials. Joe was able to quietly observe how lawyers try cases in real life. He had a front row seat on what worked for trial lawyers and what did not work. Given his position with the Court, he was also able to see how jurors responded to lawyers who made all types of argument. Joe says this experience took most of the “mystery” out of trials for him and permitted him to view the judge and jury in a more ordinary and commonplace fashion. Joe says of this clerkship “They are all there to do their jobs and they are all just like everyone else despite all the pomp and circumstance associated with both prestigious positions, judge and jury.”

Following this judicial clerkship, Joe was offered a position with an insurance defense firm who agreed to permit him to get as much trial work as possible. After about a year of this, Joe started to see that not many civil defense cases go to trial. So, to stay on his career track, Joe went to his firm and proposed that they permit him to take on “pro bono” criminal defense work to make sure he got jury trial experience. Joe started taking these criminal cases and started having huge success. Because of this success, Joe was being sought out as a criminal defense lawyer for more and more serious cases, including felonies.

In 2000 and 2001 Joe was co-counsel in two capital murder trials, and in the late 2001 Joe was hired as primary counsel in another capital murder case. Joe ended up trying this particular capital murder case to a jury and was successful. After the trial, the son of the deceased victim cornered Joe in the courthouse hallway. Frightened about what was going to happen next, Joe was shocked to hear one of the greatest compliments he would ever receive. “Mr. Zarzaur I sat through all two weeks of this trial, and I frankly didn’t like one thing that came out of your mouth, but I can assure you that if I ever need a lawyer for any reason, I will call you.” Years later that gentleman did seek out Joe for a personal injury matter.

Joe realized that working for criminal defendants was not as rewarding as he once thought. He loved the trials but was not enamored with the clients. He sought out a trial lawyer position in a plaintiff personal injury practice.

In January of 2001, Joe took a job with the McKenzie firm in Pensacola exclusively representing those injured or killed because of another’s negligence. He worked there for several years and was able to try many civil jury trials and ultimately became a named partner at that firm.

By 2006, Joe had accomplished enough to apply for Florida’s Civil Trial Board Certification. He applied and sat for the Civil Trial Certification Bar Exam and passed it. Then he received the necessary recommendations from judges and lawyers that had worked with him at trials. At 36, Joe was one of the youngest Board-Certified Civil Trial lawyers in Florida and for several years was one of the youngest in the Florida panhandle. Only about one percent of Florida lawyers are board certified and it is the only designation that Florida lawyers can utilize when comparing themselves to other lawyers. 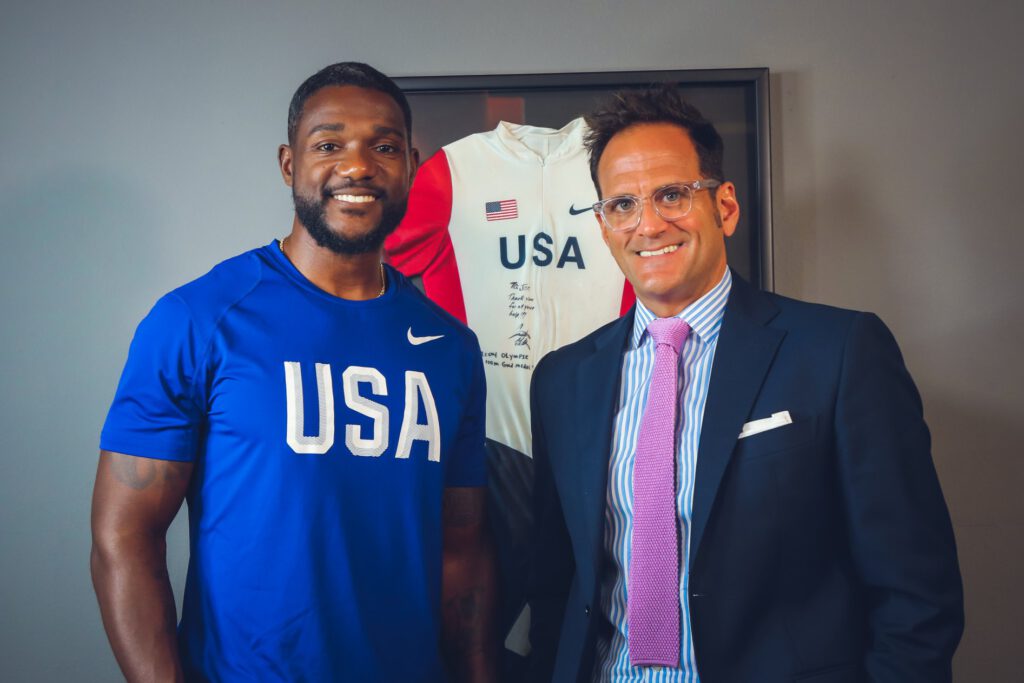 Justin needed help and Joe responded. Justin, however, needed help quickly. See, Justin was banned from competing in the Olympics entirely unless Joe could convince the U.S. Olympic Committee that they had violated Justin’s constitutional rights. After some emergency filings and a subsequent lawsuit, Justin was allowed to compete again and entered a confidential settlement with both the USOC and the United States Antidoping Administration. Justin would eventually qualify and compete in the 2012 Summer Olympics in London, England. Joe was there to celebrate when Justin won the bronze medal in the 100 meters. Another happy client and lifelong friendship.

In 2008, Joe and his firm were asked to assist the Obama/Biden campaign in making sure all voting rights laws were being followed for the presidential election that year. Zarzaur Law, P.A. was asked again to perform this task in 2012 by President Obama’s campaign and served in the same capacity for Governor Crist’s 2014 campaign for Florida’s highest elected office.

One Of The Largest Injury Verdicts (Non-Death Case) In Escambia County History Came Because Of Personal Injury Lawyer Joe Zarzaur.

It came in a personal injury-products liability case again a Johnson & Johnson subsidiary known as Ethicon Endo-Surgery. Johnson & Johnson didn’t make any real settlement offers to Joe’s partially paralyzed client. In fact, Johnson and Johnson just hoped they would delay and deny. They did just that for nearly eight years. Then in 2010, they faced Joe and his client, Paul McGowan in court. Johnson and Johnson was nothing but smug to Mr. McGowan and their pitifully low pretrial settlement offer would not have even met the expenses of bringing the case. When the jury came back with a verdict, it was $9.3 million dollars. Of course, Johnson & Johnson appealed several months later, and Johnson & Johnson paid dearly for underestimating Joe and his client. Again, a lifelong friendship emerged with Mr. McGowan.

Arising From This Trial Was The “I Hate Joe Zarzaur” Campaign. 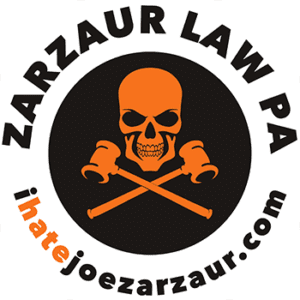 You see one of the “ivy league” Johnson and Johnson lawyers had shared with a colleague that he “hated” Joe Zarzaur, and this got back to Joe. Joe thought it was hilarious and flattering at the same time. He thought that there may not be a higher compliment coming from condescending lawyers like those employed by many big corporations. So, Joe launched ihatejoezarzaur.com and to this day it seems to deliver the precise point intended – If you fight with him and are unreasonable to his clients, then you may end up hating him since trial is not going to be fun to go against he and his firm.

“Clients who have suffered catastrophic injuries or death of a loved one are not looking for their lawyer to make friends with those careless actors, they want all the justice they deserve and it’s my job to get every drop. If that means I don’t get to be the most popular guy at the party, so be it.”

In 2010, Joe was appointed by then Republican Governor Charlie Crist to help select judges for several of the counties in Northwest Florida. Ultimately, Joe became chair of this commission until 2014.

The National Board of Trial Advocacy selected Joe as a member in 2011. This is a group of trial lawyers whose mission it is to preserve the civility in our country’s civil jury system. Members are selected by existing members and must be chosen based upon their competency and professionalism. Currently, Joe serves as President of the local chapter. 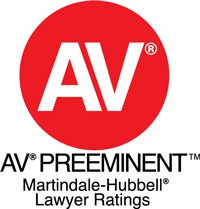 In 2012, Joe was awarded an AV rating by Martindale Hubbell. Martindale Hubbell is the “gold standard” in legal publications and is the oldest lawyer ranking entity in the United States. Ratings come directly from peers, lawyers, and judges, in the same community and an AV rating is the highest possible rating for both competency and professionalism.

In 2013, Joe was also ranked a 10 of 10 on the legal website AVVO.com. This is a newer form of electronic lawyer ranking, but some argue more important since its rating system is based upon client reviews not just other lawyers. Google also has a review software product. Zarzaur Law has a near perfect rating there too.

In 2014, Zarzaur Law opened its South Walton County office. This office is near Destin, Florida and was opened to better serve the firm’s clients in Okaloosa, Walton and Bay counties.

Joe continues to obtain record verdicts. He devotes 100% of his practice to handling personal injury and wrongful death cases. He limits his cases to those where the injury is permanent, and the harm caused is a threat to community safety. Joe sees that his job is to enforce community safety rules, whether they be in a hospital setting or an intersection, the more the community ignores safety rules the more needless harm occurs.

In 2017, Joe was appointed to the committee that supervises other lawyers’ conduct in the area, first circuit grievance committee. Joe served as a member and chair of this committee for more than three years when his term ended in 2020.

In 2018, Zarzaur Law purchased the buildings on Palafox Place turning them into the firm’s headquarters. Joe has always felt that being an active member of the local business community is important quality for any business, and law firms are no exception.

Giving back to the community is also an important trait for Zarzaur Law. Joe has continuously supported local Escambia and Santa Rosa County charities through the Zarzaur Law Legal Graffiti event as well as direct gifts to the firm’s adopted two main charities, Gulf Coast Kids’ House and Favor House. 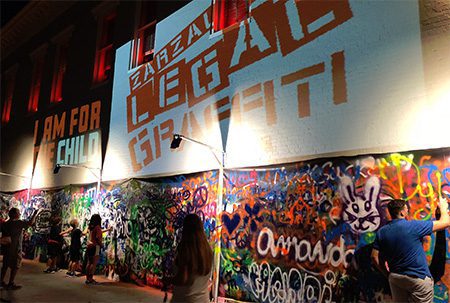 When he is not working (which is not very often), Joe is an accomplished Ironman® triathlete having completed Ironman® races in Brazil and Florida. In addition, Joe loves being on or near the water which is one of the main reasons beautiful Pensacola is his home.

Joe loves his work and has said he “Never Stops” working. He does however make time for his family. Joe and his longtime partner Monica Perkins, PhD. share four children combined. Joe’s daughter Zoë and Monica’s three children, Hannah, Lucas and Liam. By far, Joe feels the most important job in his life is being a father and partner to his family.

He handles his client’s cases like they are his own. His clients are encouraged to call his cell phone. Most importantly, Joe is doing this job because he wants to right the wrongs and help those who need it most. He also wants to deter those who continue to choose negligent and careless behavior. These things motivate Joe and his staff to serve each and every Zarzaur Law, P.A. client like they are the only case.